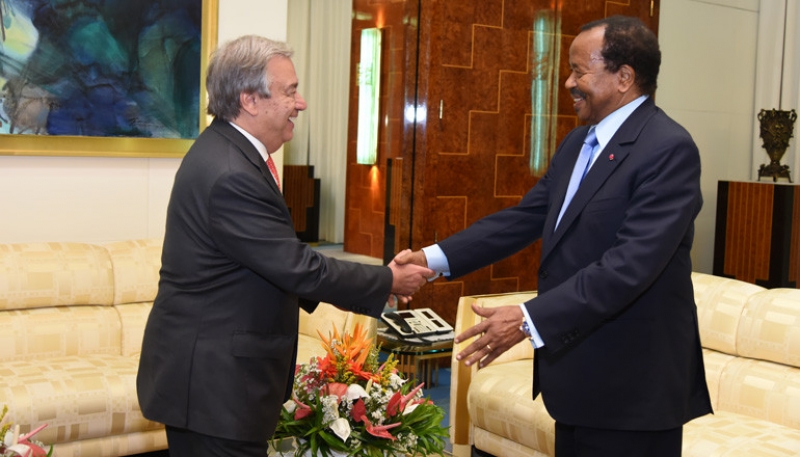 The United Nations Secretary General, Antonio Guterres has lauded the move by government to release opposition candidate, Maurice kamto and over 100 millitants of his party, incarcerated at the Kondengui maximum security prison.

Maurice Kamto, national president of the Cameroon Renaissance Movement along with some leaders, militants and collaborators of the party, had spent nine months in jail, following peaceful protests staged across the country, disputing results of the October 2018 presidetnial elections, in which they claimed victory.

The decision announcing his release was issued on the 4th of October, and they were reunited with family, friends and other militants on Saturday, October 5.

Antonio Guterres said the UN was encouraged by this step, added to the fact that some 333 Anglophone detainees were also released one day earlier. His statement was issued by his spokesperson, Stéphane Dujarric.

"The Secretary-General encourages the Cameroonian authorities to continue to adopt further confidence building and reconciliation measures", the statement read.

The Secretary General also expressed satisfaction over the holding of the major national dialogue in Cameroon, which took place from the 31st of September to the 4th of October.

"The Secretary-General also welcomes the holding of the National Dialogue and encourages meaningful follow-up. He reiterates the readiness of the United Nations to assist the authorities and the people of Cameroon in this regard," the statement concluded.