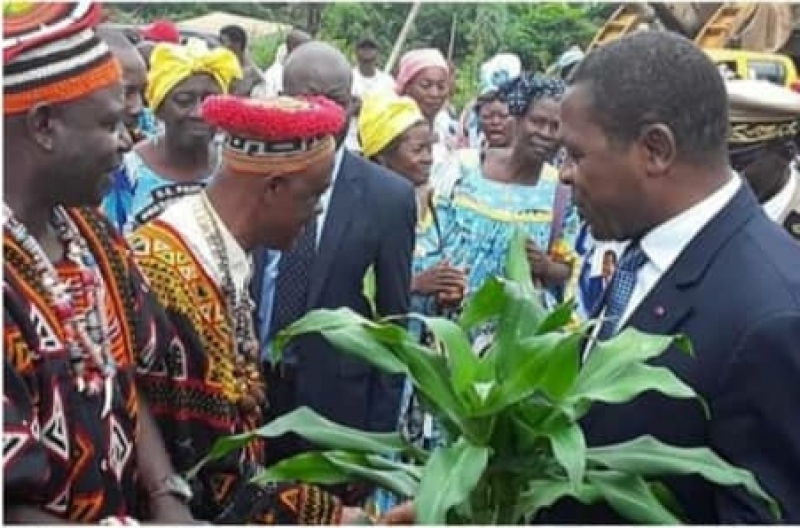 The Minister of Territorial Administration, Paul Atanga Nji is in Sangmelima, Dja and Lobo Division of the South region for an evaluation meeting, following riots that took place in the town between October 8-10.

He was massively received this morning by elites of the area, administrative authorities, and the local population.

The Minister said he has been sent by the Head of State to evaluate the damage done within two days of the conflict, and also bring a message of peace and living together.

He thanked the local administration, elite of the South region and leaders of the Bamoum community for having worked relentlessly to establish peace and tranquility as they contained the situation.

His visit comes after national condemnation of government's silence over the jungle justice carried out by Sangmelima youths on Bamoun indigenes.

National tabloid leJour reported that several Bamouns have fled Sangmelima, as a result of the crisis.

Bamouns are facing a second threat from indigenes of the South,after they were chased out of Lomié in 2004, for voting an opposition party.

Some group of Bamouns are planning to stage a protest in Yaounde on the 23rd of October against the violence.