The people of Kumba and Muyuka in the South West region, hav 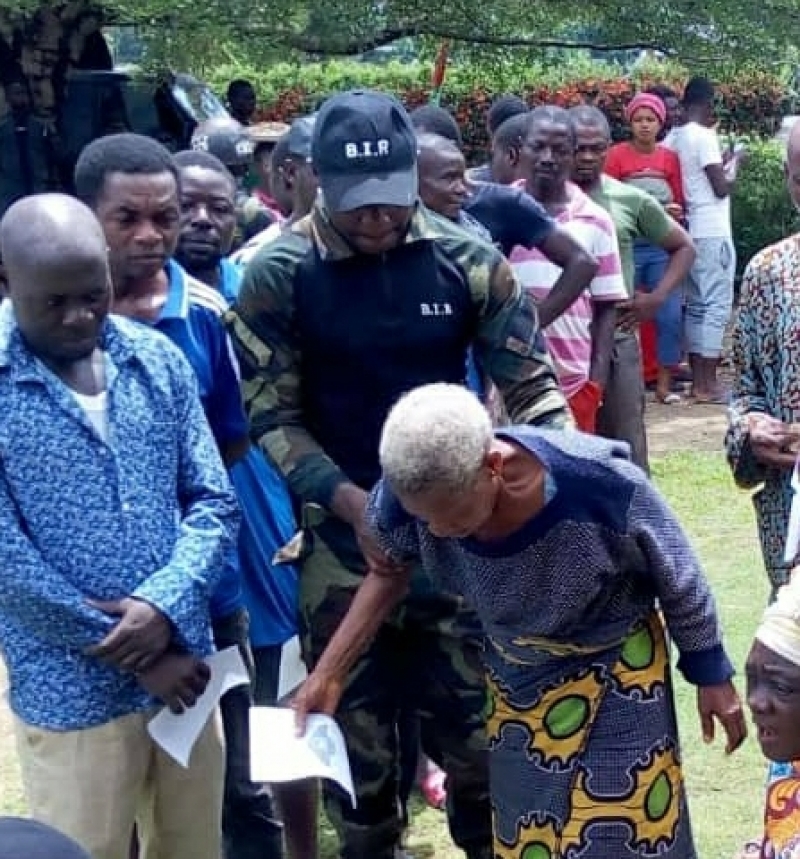 The people of Kumba and Muyuka in the South West region, have expressed thanks to elements of the Rapid Intervention Batallion (BIR), for providing them free medical care services, at a time when they are in utmost need.

They were gathered at Mile 40, an area located between Kumba and Muyuka, where BIR medical staffs, received and treated men and women of all ages. About 214 indigenes were treated by a cream of BIRS.

Elements of the BIR also provided food items to all those who showed up for the exercise. Since the Anglophone Crisis aggravated, military elements have been from time to time, providing medical care to some destitute communities.

In the midst of heavy attacks from armed separatists, the Rapid Intervention Batallion has been carrying out its humanitarian activists within affected communities.

Although they have been helping some communities, many human rights organisations have been accusing the country's military of carrying out violent acts of abuse on civilians in these affected areas.

BBC Africa Eye accused the BIR of burning down Azi village in the South West region last year, although the former Communication Minister Issa Tchiroma Bakary said it was an attempt by separatists to discredit the BIR. Same BBC Africa Eye unmasked the faces behind some BIR elements who shot dead two women and three children in the Far North region.

The BIR was created in 2001 in Cameroon's struggle against armed groups and gangs on its borders. A part of the BIR's objectives includes controlling the illegal circulation of arms. The BIR has also been cited by poachers and ivory traders as a threat to illegal trade in animal goods. Today they are heavily battling armed separatists in the Anglophone regions.