The Social Democratic Front party has indicated its parliame 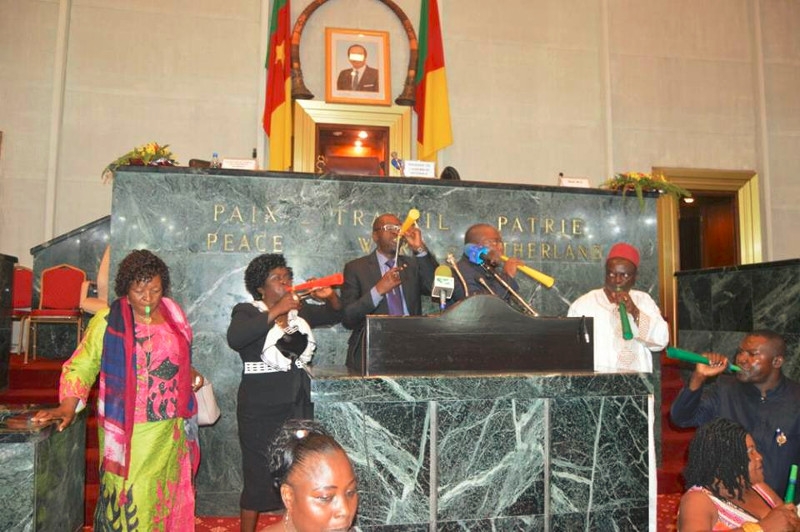 The Social Democratic Front party has indicated its parliamentarians and senators will go back to the National Assembly for the budgetary session.

Talking to Canal 2, the first communication officer of the party, Denis Nkemlemo said the party will attend parliamentary session and reiterated it will take part in elections. He said the "situation has evolved"

This announcement comes few days after party officials boycotted the opening session of the National Assembly, as a result of the delay to implement the resolutions of the just ended Major National Dialogue that had among other recommendations, the granting of a special status to the North West and South West regions.

Mr. Nkemlemo said his party has been hinted of an important law amongst the bills to be tabled at the National Assembly, whih conerns the population.

Many have been condemning the party, stating it doesn't stay steadfast to its declaration. However, some political pundits say the SDF is a dying horse, trying to survive stiff competition from opposition party, Cameroon Renaissance Movement of Maurice Kamto, who emerged second best at the last elections in the country.

Few weeks ago, the party announced it wouldn't be taking part in municipal and legislatie elections, but few hours ago, it announced it will run.