The Mayor of Tiko Council, Chief Daniel Moukondo, has declar 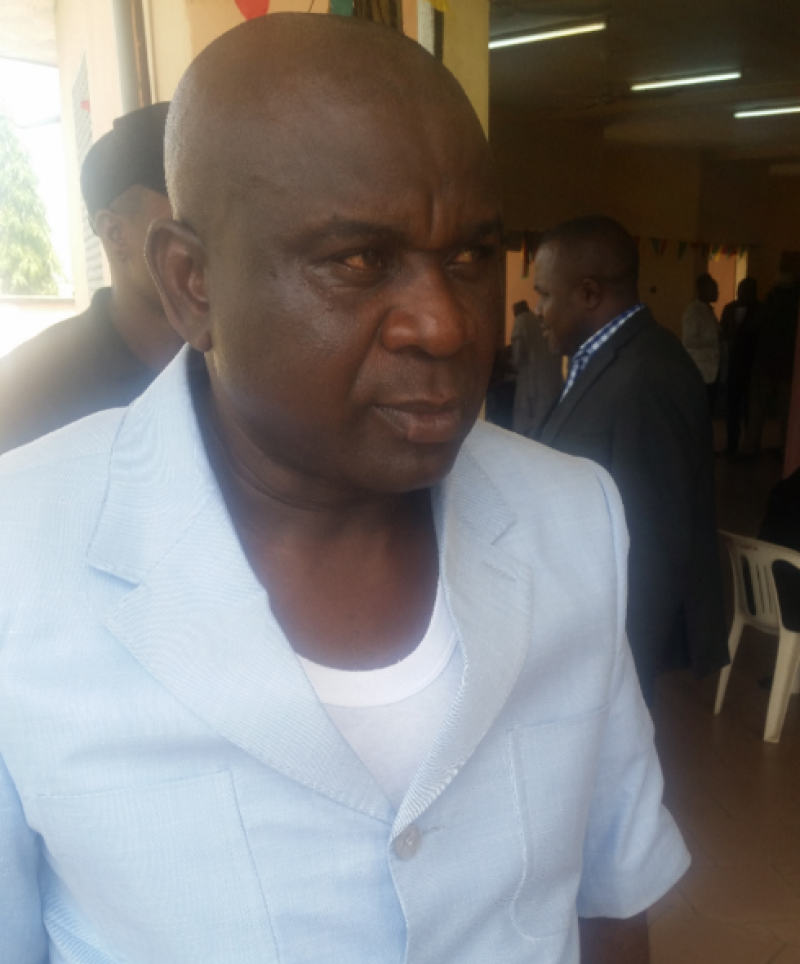 The Mayor of Tiko Council, Chief Daniel Moukondo, has declared that, given the achievements his Council has registered for the past six years, he is confident of another SDF victory come February 9, 2020.

Mayor Moukondo was speaking on November 27 as he addressed the opening of the 2020 budgetary session of the Tiko Council.

“If we retrospect on our activities for the past six years, I would say in a loud voice that we are super ready and confident to solicit the votes of our electorates in a few weeks from now,” Moukondo said.

The Mayor, looking composed, addressed the session just some two days after the SDF District Chair refused to include his name on the list of candidate Councillors who will be running for the Municipal elections on the SDF list in Tiko.

Presenting the 2020 budget, Moukondo stated that the budget has been put at FCFA 1,390 billion which, he said, has witnessed a drop of some FCFA 70 million as compared to the 2019 budget.

Mayor Moukondo said the drop was as a result of the fact that the Public Investment Budget, PIB projects from the Government, have not yet been allocated. In this wise, he said, when they will finally be made public, the quota for Tiko will, without doubt, up the current budget estimate of FCFA 1,390 billion to an even higher amount than that of 2019.

Moukondo went on to indicate that as at October this year, the Tiko Council, out of the budgeted FCFA 1.046 billion for 2019, had already realised FCFA 1.032 billion.

Mayor Moukondo went on to disclose that the long awaited Mutengene water shortage problem will soon be over as FCFA 350 million in the 2020 budget has already been fixed to finance the project to provide potable water to the Mutengene and Tiko communities. The project, he disclosed, will be financed by the German Development Fund and the Council Development Support Fund, FEICOM.

The Tiko Council has also budgeted FCFA 53 million to build a restaurant. Besides, the Council shall acquire six new trash cans at FCFA 12 million to help the town in its waste clearing efforts. Meantime, FCFA 95 million shall be used to tar the Streets Six and Seven below the Tiko Market residential area.

The Mayor also plans to have solar lamps planted in some village localities in the Municipality, such as; Likomba, Modeka, Moungo, Mondoni, Tiko Town, and others for FCFA 15 million.

In all FCFA 778.3 million has been budgeted to handle investment projects across the municipality for 2020. The session went on smoothly without any hitch despite the heated arguments and differences that pitted the Mayor and other militants leading up to the final submission of the SDF list for the February 9 Municipal elections.

In response to what transpired, the Mayor said it was normal for party militants to have differences. But the important thing, he said, is that he has done his best for the last six years to serve the population of Tiko well.