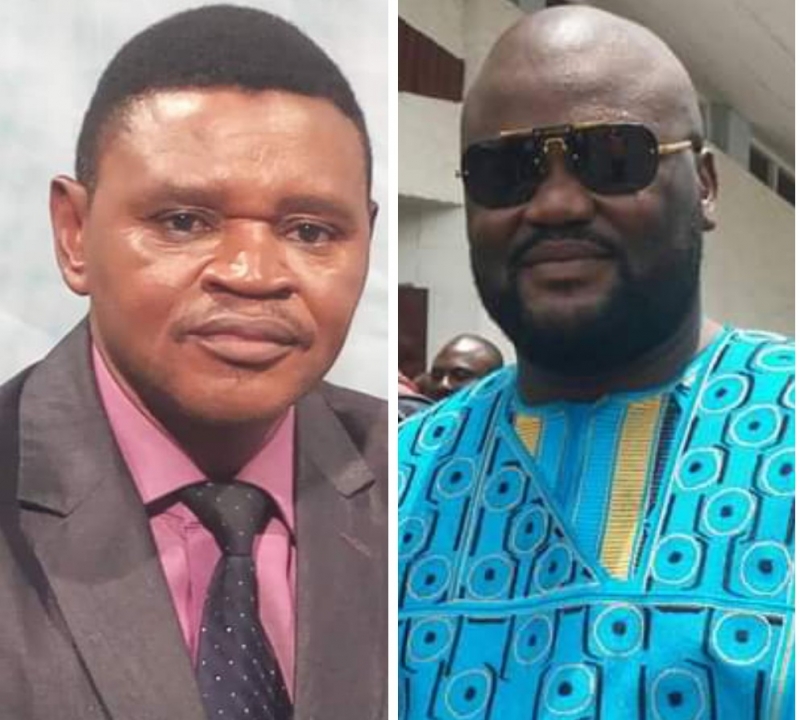 Denis Nkemlemo, National Communication Secretary of the Social Democratic Front, SDF, party has been in a cold war on social media with the party’s Limbe I Electoral District Chairman, Ndenge Godden Zama.

While the SDF has since threatened to boycott the February 9, 2020 Municipal and Legislative elections if government fails to take concrete steps to resolve the crisis in the country’s North West and South West Regions, Nkemlemo is on social media wooing potential voters to flood the voting centres on the D-day and cast their ballot.

“The easiest way to vote your opponent is to ask your supporters to stay away from elections so that he can have his way easily!...We need to engage to solve this problem in whatever way if Mr. Biya refuses to do so. We cannot resign to his will in this matter,” Nkemlemo tweeted.

Kristian Ngah Christian, Publisher of The Guardian Post sought to know why the SDF is speaking with both sides of its mouth regarding their participation in the forthcoming polls. He wondered whether there is an in-house war within the ranks of the party.

His words: “My good friend Nkemlemo Denis, while your party is threatening boycott of the February 9, 2020 twin elections, you are spending sleepless nights on social media preaching against boycott of same polls! Does it mean there's some in house disagreement about SDF's participation?”

In response, Nkemlemo said “threatening boycott does not mean we will not go, my friend.” This answer did not even convince the party’s Limbe I Electoral District Chairman who quizzed: “What's the purpose of threatening when the communication sectary is there telling the world there is no chance the party would boycott. So for you this is normal?”

Nkemlemo will later ask those who boycotted the 2018 election to show how their action increased or reduced oppression in the restive regions. He wonders if a boycott today will produce a different outcome.

Nkemlemo has also been presenting the much talked about Special Status for Anglophones that came out of the Major National Dialogue as a true panacea to the armed conflict in the English-speaking regions.

After his party presented a proposal for government to implement a Quebec-like status for Anglophones, Nkemlemo took to Facebook December 4 to say only two states of equal status will be welcome.

He said: “Two states of equal status: That's the mission. Anything else is anti-Anglophone!”

He was quickly tackled mid-air by Zama who asked where the Quebec-like special status proposal had come from.

"Godden Zama, read the status of Quebec in Canada and compare it with the above. You will be shocked with the similarities," Nkemlemo beseeched his party comrade. “Please, I have simply asked you to compare the status of Quebec in Canada; you haven't, but instead are arguing on generalities. Zama, is it the nomenclature or the content that matters?"

"Two states of equal status is totally different from a state with special status. Totally different! Don’t attempt to justify," Zama charged Nkemlemo. "Nkemlemo Denis, instead you are the one talking about generalities. The specificity is equal/special."

Government is yet to officially roll out what the Special Status for Anglophones will look like.