Otherwise referred to as the “Field Marshall of Bui Divisi 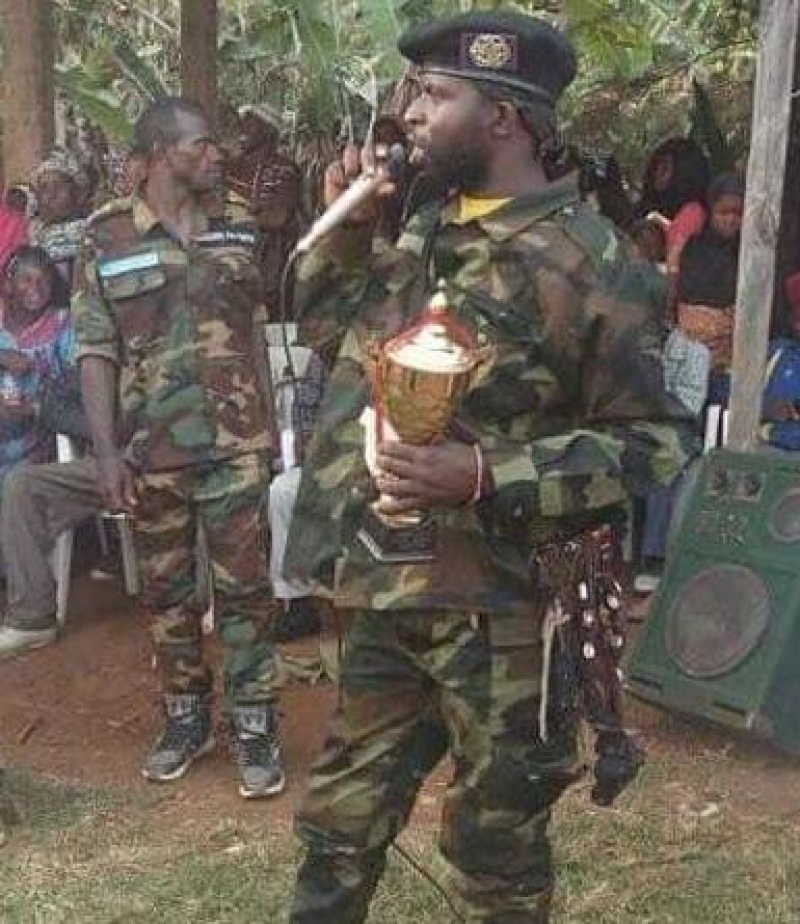 Otherwise referred to as the “Field Marshall of Bui Division”, Separatist “General” Chacha was killed in the wee hours of Sunday, January 26, 2020 following a ‘surgical operation’ on the separatist hideout performed by Cameroon’s defence forces.

The separatist who led an armed group in Bui fighting for the independence of the state of Ambazonia, a geographically allusion to Cameroon’s North West and South West Regions, is said to have died in a shootout with the military in Kumbo when their hideout in the locality of Kikaikom on the outskirts of Kumbo, Bui Division, North West Region came under attack.

In a shootout that followed the military’s encircling of the area, Chacha was reportedly captured, tied to a vehicle and dragged along the road before he gave up the ghost. It is believed that other fighters fled with bullet wounds even as the casualty figures remain shrouded in doubts.

The auto-proclaimed headstrong armed separatist  ‘General’s’ demise came one week after he reportedly planned the capture and execution of some 23 fighters of the Ambazonia Defence Forces, ADF, in Kumbo.

On January 21, the Commander of the 5th joint military region, Brigadier General Nka Valere, had warned separatist ‘Generals’ to drop their arms and return to living normal lives or be crushed.

In that media outing, General Nka mentioned the name of ‘General’ Chacha, ‘General’ Tiger and ‘Field Marshal’ as those whose hideouts have been known. The military commander had promised that “those so-called Generals” will be crushed within days if they fail to disarm.

When over 23 separatist fighters were killed in clashes among Amba fighters last week in Kumbo, Diaspora separatist activists slipped into quarrels. One of them, Cho Ayaba Lucas, had declared that: “They want me to start a civil war to fulfil the aim of Cameroun. I wasn’t born evil; I have never been nurtured to be evil. I will never in my entire life be evil and these people will not push me to be evil because the reasons for which we are fighting are to undo the evil...”

Clashes between rival separatist factions have soared in the last few weeks and pundits posit that it may be even bloodier ahead of the February 9, 2020 local elections.