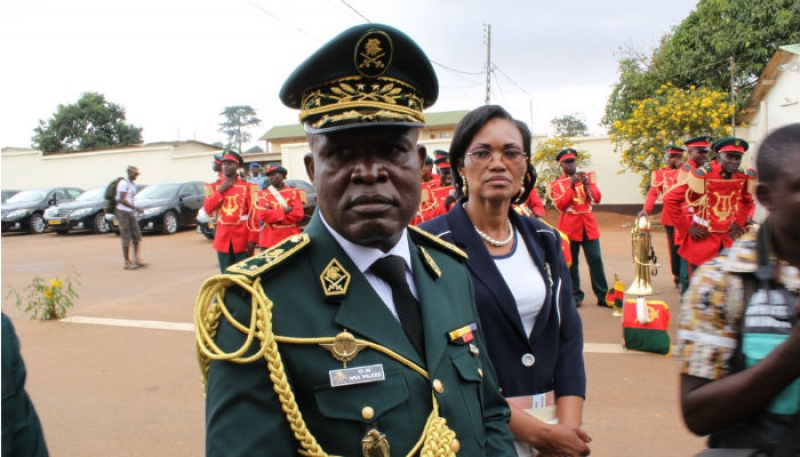 Speaking at the esplanade of the Bali Gendarmerie Brigade Tuesday, June 16, 2020, the Brigadier General said he had received complaints from the business class who say men in uniform spare no opportunity to squeeze huge sums of money from them as they transport goods along the Bamenda-Mamfe road corridor which extends to Enugu in Nigeria.

“Cameroonian and Nigerian traders and businessmen came to my office and then we held a meeting. And they informed me about the harassment they were receiving from our men in the field asking them huge sums of money for them to ply the road,” said Brigadier General Nka.

In a joint communiqué early this year, Brigadier General Nka Valère and Brigadier General Ekongwese Divine Nnoko, Commander of the 5th Gendarmerie Region called on the population to shun fear and be aware that the Defense and Security Forces are there for their protection. It was with this in mind that the traders tabled their complaints to the military chief.

In response, Brigadier General Nka said plainclothes officials will help in tracking down any uniform officer using security control posts as a license to extort money from law-abiding citizens. He said deterrent measures will be taken to bring sanity within the corps.

Hear Brigadier General Nka: “I have given special instructions so that we’ll organize teams of people who will be checking this in civilian attire and those who will be caught carrying out such activities will be severely punished.”

Cameroon-Info.Net recalls that Brigadier Generals Nga and Ekongwese had on February 6 reassured the people that there is no need for fear as they go about their daily activities.

“The generals make it clear that the Defense and Security Forces are friends of the people. The population is informed that the following toll-free numbers are available for them to call in case of any complaints they may have about their security: 113, 117, and 118.

“The Defense and Security Forces will attend to any complaints forwarded to them immediately.”

Cameroon’s Security and Defence Forces have since 2017 been battling armed separatists in the North West and South West Regions who seek an independent state they call Ambazonia.