After two military operations in Bafut Subdivision in Camero 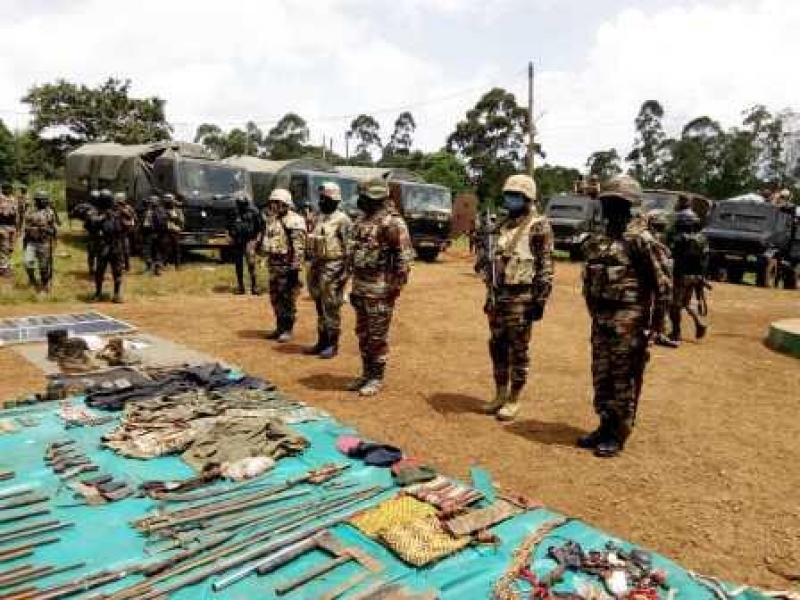 Brigadier General Nka Valère, Commander of the 5th Joint Military Region said Tuesday, June 16 that at least 13 armed separatists were killed in an operation codenamed “Widi-Bali” while no fewer than a dozen others were “neutralized” in Bokam in the outskirts of Jakiri, Bui Division, and Zhoa, Menchum Division.

Nka says troops also destroyed several rebel camps over the weekend, as well as seized weapons and other equipment including Dane guns, gun powder, artisanal explosives, machetes, generators, solar panels, computers, phones, and motorbikes. They also retrieved a machine gun and rocket propeller the rebels had seized when they decapitated a soldier in Ambo in 2018. He regrets that a gendarme was killed in “Operation Widi-Bali” while one other was wounded.

“We decided to plan the operation codenamed Widi-Bali meaning Widikum-Bali because as you are aware, the main supply road – Bamenda-Bali-Batibo-Widikum from time to time has been blocked by those rascals, bandits, terrorists and criminals calling themselves Ambazonian,” said Brigadier General Nka. “Two weeks ago, the road was blocked for almost three to four days and then we decided to clear the area from Bali, Batibo to Widikum.”

Colonel Matiang, while presenting a report of their operation to Brigadier General Nka Tuesday, said there is need to return to the area for a second raid. Brigadier General Nka promised to beef up security in the area, especially following complaints from the divisional officer for Bali Subdivision, Dolingo Bikinn Diongo that armed separatists from camps in Batibo, Alabukam, and Bafut had found safe haven in Bali. The military chief hailed the professionalism of his troops, urging them to continue to respect human rights as they secure the populace. Locals have also been enjoined to collaborate with security and administrative authorities to end the activities of armed separatists in the region.