The media in Cameroon is in mourning following the death of 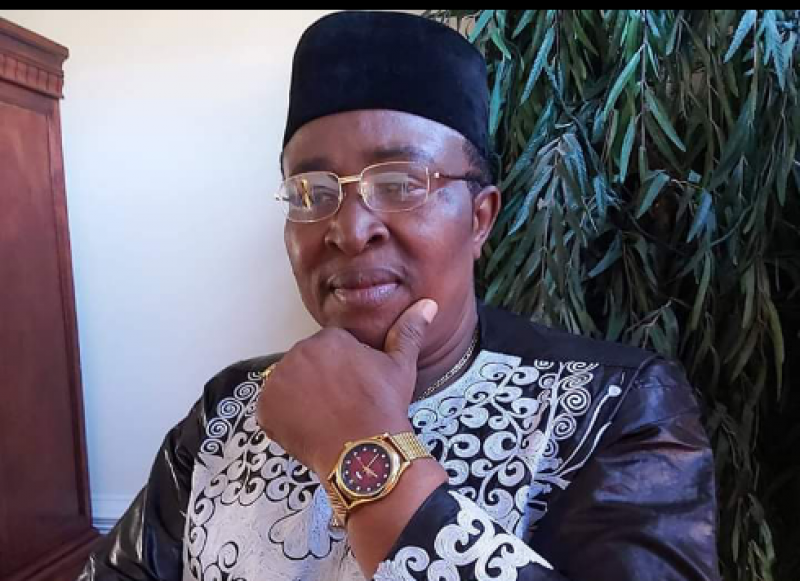 The media in Cameroon is in mourning following the death of The Publisher of The Star Newspaper, Chief Foanyi Nkemayang Paul around 11:30 p.m. Thursday June 18, 2020.

According to family sources, the Vice President of the Commonwealth Journalists Association, CJA, for Africa died at the Presbyterian Health Centre in Down Beach Limbe following a diabetic coma.

The Publisher/Managing Editor of The SUN Newspaper quotes Chief Nkemayang’s wife as saying that Chief Nkemayang was rushed to hospital in the evening of Wednesday June 17.

Wasso, based on his conversion with the wife of the diseased, said upon arrival at the hospital, Chief Nkemayang’s vital signs were checked, revealing that his blood sugar level was above 500, apparently why he went into a diabetic coma and would give up the next day.

Born on March 8, 1959, Chief Foanyi Nkemayang Paul, affectionately referred to as Chief Nkemayang was a hardworking journalist who leaned on the Lord and the law.

He founded The Star Newspaper in January 1991. The Knight of the National Order of Valour was pioneer President of the Commonwealth Journalists Association, CJA Cameroon cumulatively as Vice President of CJA Africa.

As one of the pillars of journalism in Anglophone Cameroon, Chief Nkemayang was founding member of the Cameroon Association of English Speaking Journalists, CAMASEJ where he would later serve as president. He was pioneer member of the National Communication Council. He was technical adviser of the Cameroon Anglophone Newspaper Publishers' Association, CANPA as well as a traditional dignitary in his native Lebialem. Among his many traditional titles, he was crowned Osari Maribu in Manyu.

Chief Nkemayang as a journalist had no fewer than eight detentions without trial. He was never prosecuted, but was always persecuted. Chief Nkemayang's courage and readiness to continue doing his work in truth won him several distinctions at home and abroad.

Chief Nkemayang believed that: “A good journalist must be somebody who is courageous, one who speaks the truth without blinking, and one who writes without blemish. So, this is how I have, over 30 years, practiced the profession of Journalism.”

Indeed, Chief Nkemayang dedicated his over three-decade journalism career fighting for a better society, improved working conditions for journalists and the abolition of obnoxious and archaic media laws. Nkemayang’s last freedom fight was in Buea where he first appeared in court to seek justice for journalist Samuel Wazizi days before government said he had died in military custody. Chief Nkemayang later led protesting journalists to the office of the South West Governor to demand that the corpse of Wazizi be handed to his family and justice be served.

Chief Nkemayang is survived by his wife, and four children.