The Facebook page of Elections Cameroon, ELECAM was hacked o 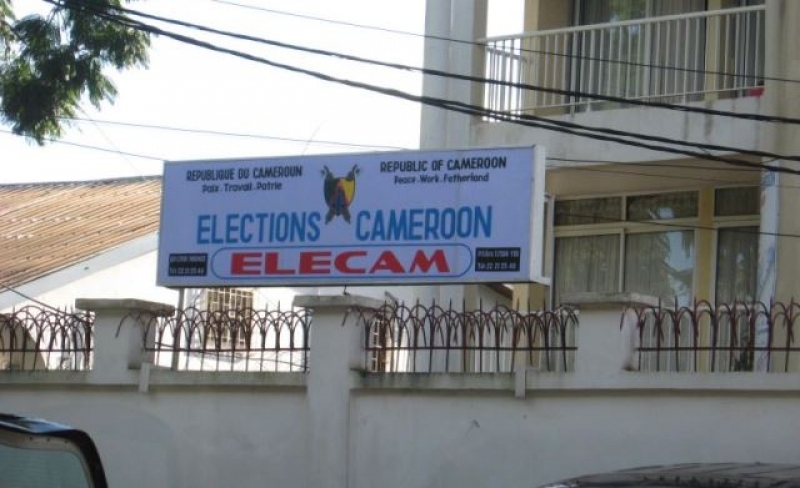 The Facebook page of Elections Cameroon, ELECAM was hacked on the night of Tuesday, June 23, 2020 by unknown individuals.

The President of the Electoral Board of ELECAM, Enow Abrams Egbe in a dispatch Wednesday confirmed the cyber-attack on the election management body’s Facebook account.

He said “a group of ill-intentioned individuals hacked the official Facebook account of ELECAM in the night of Tuesday, June 23, 2020 at 11:22 p.m. The hackers are said to have gone ahead to publish false information which goes against the missions and ethics of ELECAM.

The hackers posted a picture of Professor Maurice Kamto with a raised fist over colors of the national flag. Beside Kamto’s photo are the words: “the truth shall always prevail. Its just a matter of time.”

Kamto is leader of the Cameroon Renaissance Movement, CRM opposition party. He and his supporters claim that they won the October 2018 presidential election, but the official figures show that Kamto got14% of the vote, in second place to the 87-year-old President Paul Biya.

A request for a recount of the ballots was rejected by the Constitutional Council. Since then, the CRM has organized several protests, calling for electoral reforms. Kamto refers to himself as president-elect, despite losing the polls according to official results.

Bibou Nissack Olivier, Spokesperson for Maurice Kamto quotes Kamto as warning activists and sympathizers of the CRM against “malicious maneuver of manipulation and diversion,” urging them “not to fall into this trap”. 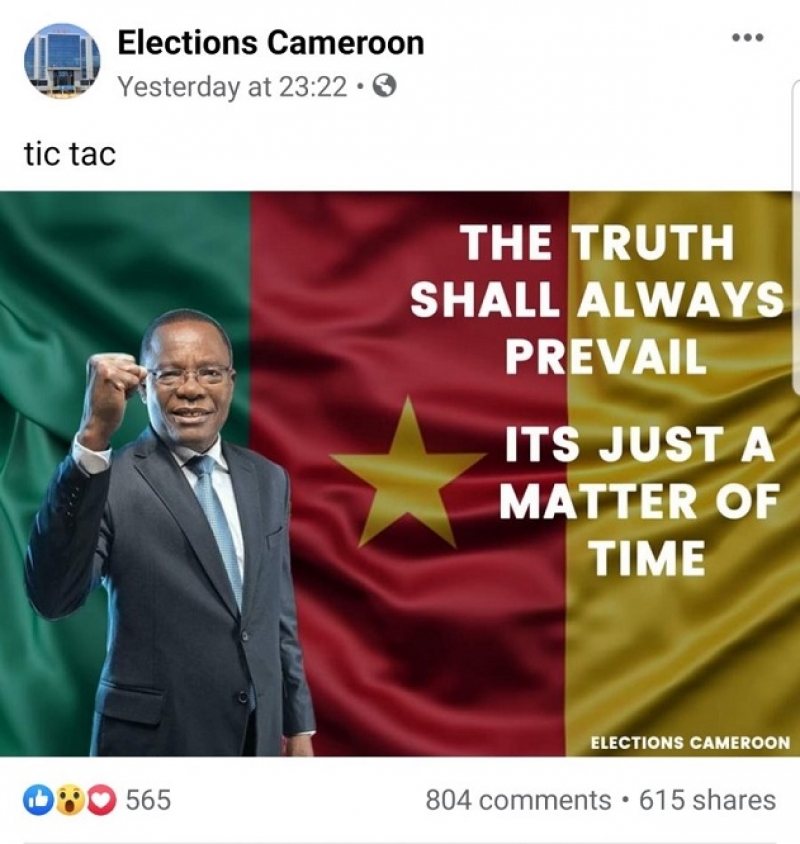 While strongly condemning “this very serious criminal act”, the President of the Electoral Board of ELECAM clears Elections Cameroon of any responsibility.

Enow Abrams Egbe says plans to regain control of the Facebook page have been launched while the competent authorities are also engaged in tracking the authors of the act in a bid to identify them so they can face the law.

“The President of the Electoral Board of ELECAM reassures all registered voters that all protective measures are being taken for an efficient management of the Facebook page of Elections Cameroon,” said Enow.

As we went to press, the information posted by the hackers had not been taken down.