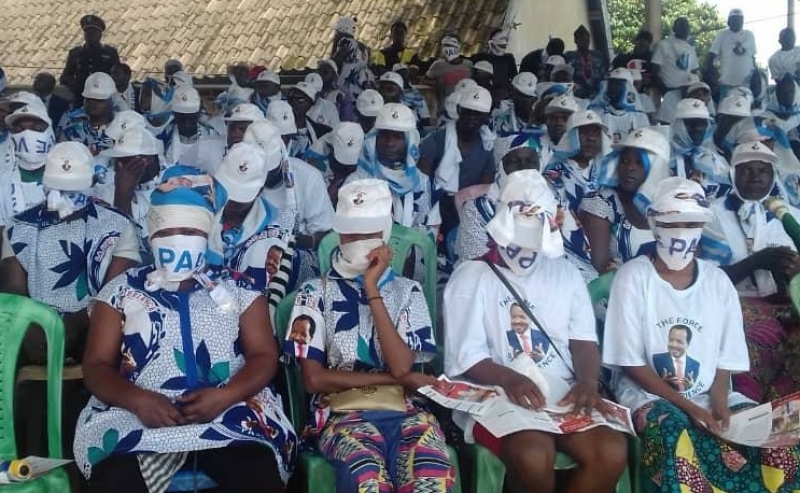 Bloodshed, gunshots and destruction of property, characterised the celebration of national unity across the North West and South West regions of Cameroon.

Many are still in shock after the soldiers reportedly killed a four months old baby in Muyuka, South West. The mother of the baby in a video shared over social media, cursed the perpetrators of the act. She accused the military of broking into her home and shooting her baby on the head. A gun exchange reported earlier this day, stopped many from attending celebrations at the grandstand. The attack on the four months old baby has been receiving worldwide condemnations over social media. Politicians are calling for urgent dialogue and restriction on military excesses in the Anglophone regions.

As gunshots continue in most parts of these regions, at least one person has been killed in Old Town Bamenda. According to reports, the victim, said to be the proprietor of a popular bar in the area, was shot dead by Cameroonian soldiers.
Still in the North West region, several separatists have been killed, after they attempted to intimidate the population from showing up at the grandstand in Kumbo, Bui Division. A gun exchange at Mbveh earlier today, led to the killing of many, while others sustained injuries and some escaped.

A shop belonging to a phone dealer in Molyko, Buea South West was burnt down this day , as well as a Dangote Cement Truck in the North West which was lit by armed separatists a day before national day celebrations, who accused both victims of violating imposed ghost town days.

Despite all these confrontations, some affected parts of the regions, struggled to organise March past activities, despite a boycott call made by separatists. The ghost town seemingly didn’t stop militants of the ruling Cameroon People Democratic Movement, as their participation was effective in these areas.