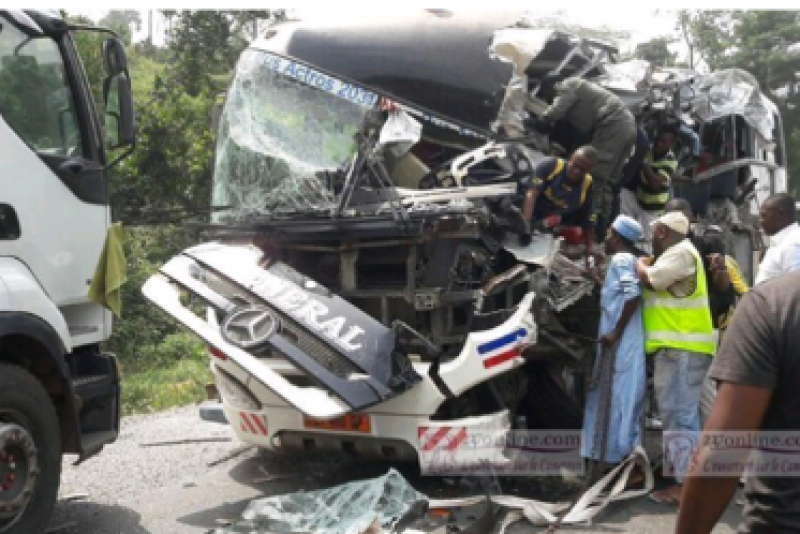 Minister Ernest Ngalle Bibehe has raised concerns over increasing rates of accidents in Cameroon, despite major steps taken by the Ministry of Transport to raise awareness and reduce risks of accidents.

He was speaking to the Press in Yaoundé on Tuesday, where he revealed that over thirty persons have died in recent accidents since April 2019 in Cameroon.

Along with other stakeholders, they intend to continue raising awareness and implement sanctions on those who violate the rules and regulations in place, in order to avoid future accidents.

Stakeholders are targeting this holiday period (July to September), to the resumption of schools, so as to protect thousands of children, travelling to different towns for both exercises.

Highlighting some current accidents, the Boumnyebel accident along he Yaoundé-Douala highway on the July 1st, where seven people died. It was as a result of a violent collision between a bus of the agency, ‘General Express’, and a at Boumnyebel and another 15-seater bus.

He quoted the sad incident of Sunday, June 23rd, where w car registered NW 284 AF, came in contact with a truck registered OR 629 AO, which led to the overall death of 21 persons.

The Ministry indicates that over 31 agencies have been noted for exerting high speed along the Douala-Yaoundé highway and have been warned passed severe warnings to address the situation.

However, some members of the Civil Society, have asked government to also take responsibility in the numerous road accidents, blaming government of focusing more on sanctioning drivers and companies, while they do little or nothing about the bad roads in Cameroon.