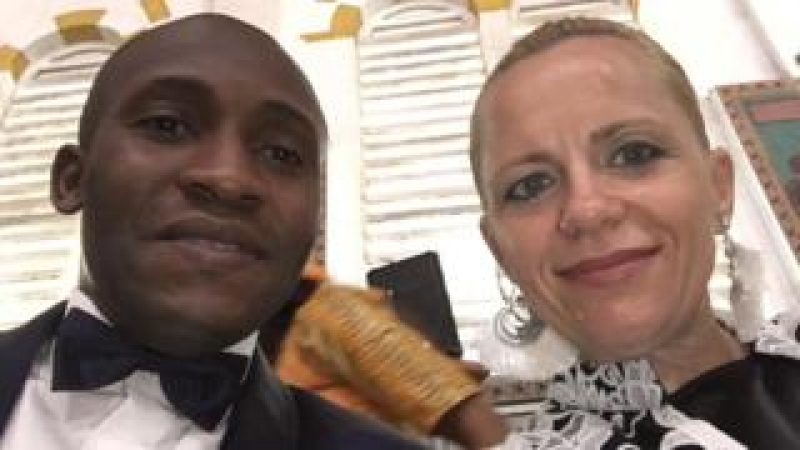 Cameroonian, Gildas Tohouo Tououo, managing director of Maersk Nigeria Limited is responding to treatment, after two of his houseboys attacked him and killed his wife, a Hungarian called Bernadett Kurucz.

Police in Nigeria have say Gildas is heading one if the biggest International Shipping companies in Nigeria and his wife was stabbed to death at their residence in Ikoyi, Lagos by their domestic staff.

He was commanding the Nigeria and Central West Africa. The attack occurred on Sunday night. Lagos Police Chief, Bala Elkannah told the BBC said two main suspects have been arrested in connection to the crime.

Olamide Oge and Ade Akandi are currently locked up at the Lagos Police Station as investigations continue into the matter.

“One of them is an electrician in the estate who invited his friend to come and rob this man (Touoho). We recovered an ATM card they took from their house and one wallet which contains money they also took.”, police boss said.

Quoting the suspects police say the electrician Gilda refused to give him money when he was in need meanwhile he had money.

Reports say the electrician is well-known in the estate and trusted by all in the estate, reason why Tohouo and wife opened the door for him when he came knocking that night.

His intention was to rob, although he told the couple he was there to fix an electrical fault.